The Mexican Food Scene – Then and Now 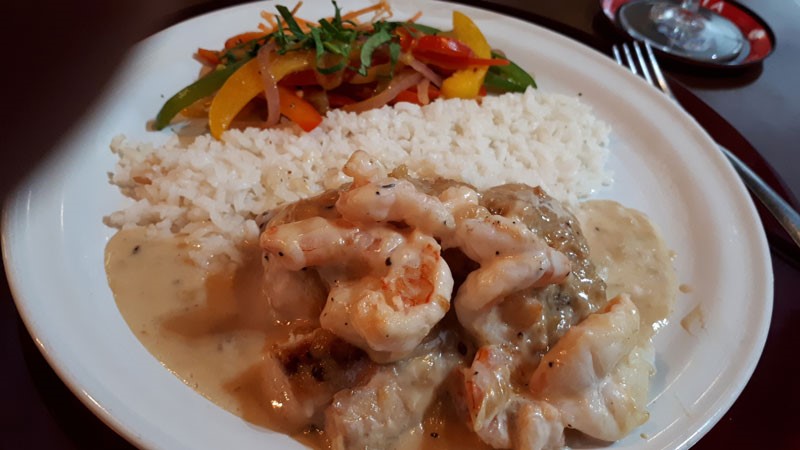 At Opptee, we don’t typically write about world locations. We write about travel and travel search in general terms, concentrating on information that enables you to research, plan, and book trips with access to the most number of search options. BUT after spending a month each during the past four years in Mazatlan, Mexico, I’m so pumped about the Mexican food scene, that I have to spread the word. It’s amazing how far Mexican food quality has advanced in the past couple of decades.

My first trip to Mexico was 27 years ago to Cozumel. My second trip was 24 years ago to Puerto Vallarta. After the second trip, my husband proclaimed that he didn’t need to go back to Mexico…ever. Neither trip provided a good food experience. We had to be cautious about drinking water and about the ice cubes served in drinks. We were underwhelmed by the food choices and food types – wary about salad greens and generally every food choice that needed to be washed. Which included most everything. Granted, our time in Puerto Vallarta was at an all-inclusive resort eating from buffets, which have never been a favorite of mine. Anyway, both of those times – over 20 years ago – we left Mexico dealing with digestive issues, so we didn’t go back, until…

Four years ago I was looking for a new winter getaway location and a neighbor suggested Mazatlan, Mexico. It’s on the west coast, seven hours drive north of Puerto Vallarta with flights from Toronto to MZ. So a friend and I hopped a flight to check it out. We stayed in a fabulous condo on the beach. Every night at sunset, the condo residents gathered around the palapa bar for happy hour. We got to know lots of wonderful Canadians and Americans. Many of these people owned their condo and were part-time residents of Mazatlan. They were intrigued that it was our first time there and they were anxious to tell us about the not-to-miss activities and the not-to-miss restaurants.

Well, this was the start of an epicurean renaissance for me. We took their advice and ate in a range of restaurants and cafes. From the lowest priced taco or seafood stand to the higher priced places the city offered. When I say ‘higher-priced’ restaurants, those places are about 40% less expensive than a similar restaurant you would eat at in North America. All the food options were very good, if not incredible. I often ended the evening saying, ‘that was the best meal I’ve eaten in a long time’. I had to stop saying that because I was now eating that ‘best meal’ almost every night!

How did Mexican food safety and quality improve?

I’m wondering if the Mexican cuisine has always been good – even in the 1980s and prior? However, as visitors to MX, we had to be so cautious of water safety that we deemed the foods to be sub-standard. Then in the ’80s things began to change.

In 1989, Mexico created the National Water Commission or Comisión Nacional del Agua (CONAGUA) which enacted water regulations and distribution of funds to all 31 states to ensure better water quality. The improved water filtration helped ensure food safety and food confidence for visitors to Mexico. Since 2000, investment in water quality has continued to increase. Source: Wikipedia

As it was a food renaissance for me four years ago, there has also been increased recognition that Mexican cities rank as some of the tops for excellent cuisine worldwide. Travel + Leisure writes about Mexico City, ‘the food is outstanding and can really be eye-opening.’ This site ranks Mexico City as having some of the best street foods. Food & Drink lists Guadalajara, Sinaloa (Mazatlan), Merida, Oaxaca City and Baja California (Baja Mexico) as cities with best foods in Mexico.

As for Mazatlan, it’s history includes a melting pot of cultures which leads to its food excellence. With the European influence of French, German and Spanish you can experience many dishes that use tender cuts of meat typically prepared as stews with amazing sauces. Mazatlan is also called the Shrimp Capital of the World and shrimp along with other kinds of seafood mean you’ll find an abundance of meals featuring marlin, swordfish, snapper, tuna, and octopus. The vegetables I buy in the market or store are much fresher than the vegetables we find in North America – especially in winter. One of my favorite food experiences in Mazatlan was last year when I took a food tour of the city. Here’s a look at our City Food Tour blog.

If you get a chance and haven’t been to Mexico in a long time, give it another try. Oh, by the way, even my husband has returned to Mexico – Mazatlan –  and loves it. Now, if he can become a true fan of the foods, restaurants, and culture, I think anyone can! It’s so true, never say never!!

The Only Travel Search App You Will Ever Need

Stay informed with industry news, tips and app updates as they are released!